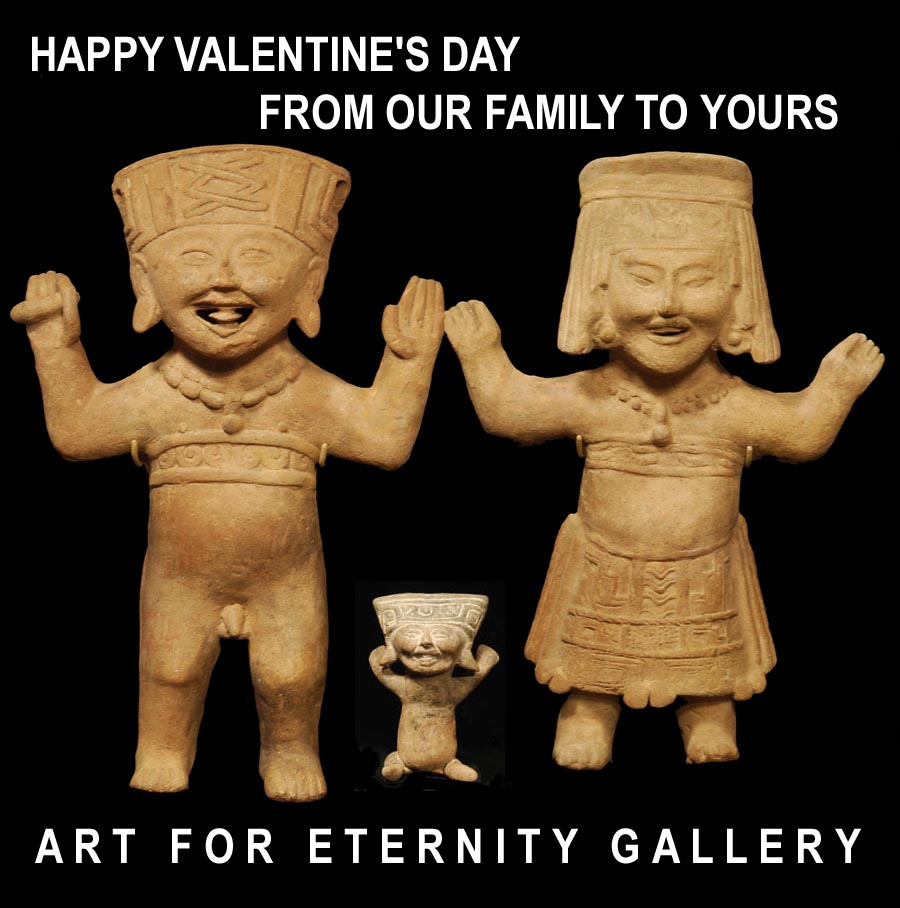 2000 years ago in Western Mexico there was a burst of artistic ingenuity that is totally unique in the corpus of art history. The ceramics produced by these now extinct cultures--and preserved in shaft tomb chambers--continue to intrigue and excite. Please join Art for Eternity Gallery
for a celebration
of our new collection of rare ancient Mesoamerican gold artifacts.
An opening reception will be held at the gallery
Thursday September 28, 2017, from 5-8 PM
303 East 81st Street, New York, NY, 10028

If you are an attendee of the Appraisers Association of America conference, please join us for a lecture on Pre-Columbian art appraisal this Sunday, November 12th, at 2:30 PM, to take place at the New York Athletic Club at Central Park South.

We are proud to announce the successful completion of our lecture on Pre-Columbian art appraising at this year's Appriaser's Association of America conference this 2017 season.  Topics addressed were cultural context, authenticity, patramony issues, and grading the quality of the art to determine value. LIDAR, a once-top secret US military surveillance technology for surveying and detecting the topography of long-lost structures buried underground has now become declassified, with astounding new findings for those of us in the arts and sciences.  We now know that Mayan civilization was vastly more abundant and complex than we ever previously imagined, with epic, sprawling cities, including one such city buried just beneath the top layer of the jungle in Guatemala that was home to an estimated 7 to 11 million people, matching New York City in population and density...